The Unified Modeling Language (UML) is well established as a modeling language in many domains. One strong argument for the use of UML is the fact, that it has been standardized by the Object Management Group (OMG). Since a model-driven approach with UML mainly adds value if the model is used to generate additional artifacts such as code or custom reports, one might expect that writing such as transformation would be straightforward with some knowledge of the UML specification. However, the standard is often not well reflected by the APIs of UML tools.

Let's have a look at an exemplary UML meta-model element and see how it is reflected in tool API's. The example is going to be the UML element Operation, which reflects operations within an interface or class (amongst others). The UML diagram for that element is: 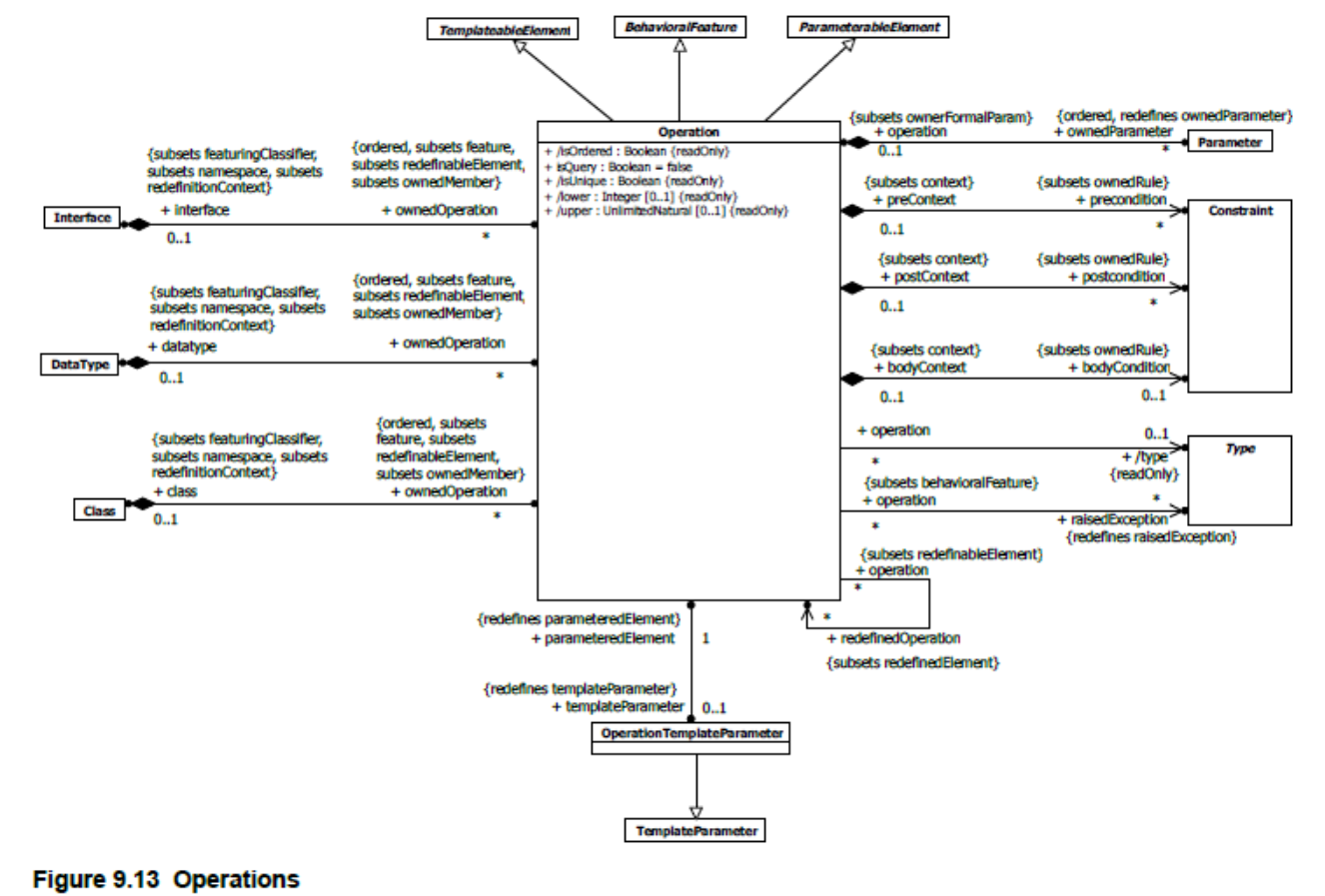 The following comparison was based on available information in the online help of the tools. It might differ for newer or other versions of the tools. The list of differences is not exhaustive, but serves to give an impression of the (non-)conformity to the UML meta-model.

A few examples on how the API differs from what you might expect from the UML specification:

The few examples above show that the APIs of tools can differ significantly from what one might expect when reading the UML standard. The same holds true when examining more meta-model elements and their APIs. This has a few implications:

There are various reasons why tools implement APIs that don't reflect the UML (e.g. flexible data model for supporting additional model types (BPMN,...) and historic reasons). It is a trade-off decision, which will make life for developers more difficult. However, there are also other tools that implement an API which is very conforming to UML specification. These tools could be considered:

When working with Enterprise Architect, you can benefit from implementing against an API based on the standard UML specification. The itemis solution YAKINDU EA Bridge leverages the power of the Eclipse UML EMF implementation and provides a powerful facade to the UML model stored in Enterprise Architect. Just implement your generators and validations against the correct UML API, and the YAKINDU EA Bridge will transparently access your EA models. This reduces the effort for implementation significantly and would also allow to reuse the code for other tools that are conforming.