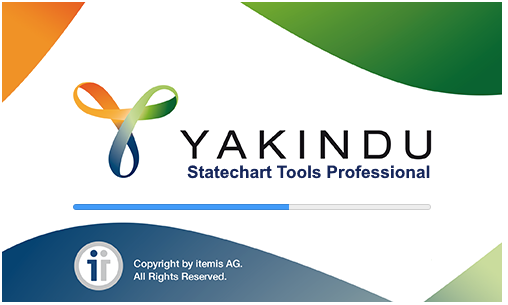 With this release we mainly focused on the deep C integration as well as overall improvements in performance and user experience of the tool.

The Professional Edition comes with

and of course a set of bug fixes.

Besides fixing several smaller issues, we took our time in reworking some internals of the deep C integration, especially when it comes to handling header imports. The most notable difference for the user is the possibility to include systems headers in your statechart model.

As you may have noticed the import syntax slightly changed. The preferred way now is to use a string literal to import a header file. However, the old syntax is still supported, but deprecated.

YAKINDU Statechart Tools are used in many different application domains with different project sizes. Especially in the automotive domain, when dealing with large AUTOSAR models, it is not uncommon to have thousands of source files with sizes up to several MBs with hundreds of thousand of declarations. In order to provide a very good user experience while editing statecharts and also for the code generators, we reworked our indexing infrastructure which is now remarkably faster while using less memory.

With this release, we introduce a beta version of our testing framework SCTUnit. SCTUnit allows test-driven development of YAKINDU Statechart Models. These tests can be executed directly within your IDE to check if the model behaves as expected. It also generates unit tests for Java, C and C++.

Features that can be used in SCTUnit are:

Users now specify the concrete variant of execution semantics in the statechart itself. In previous versions you specified cycle based or event driven semantics using run configurations. Now this is specified using so called annotations. Annotations are also used to specify if the execution order in a hierarchical statechart chart should be parents-first or child-first.

In some cases it might be inconvenient to execute all generator models during a project build, especially if you have different generator models for different use-cases, for example, headless execution. To provide a more fine-grained control of which ones should be executed, it is now possible to exclude particular generator models or entire folders from the automatic build execution in the project’s properties. 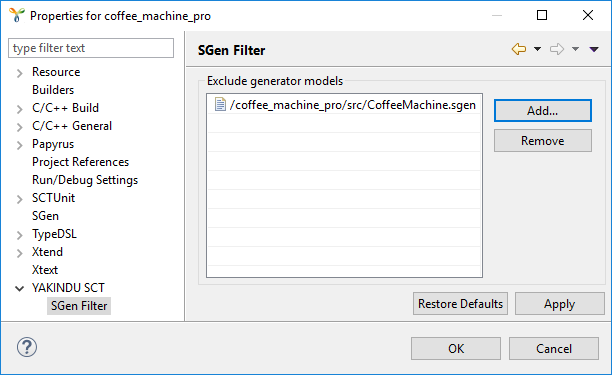 With release 3.0 we introduce the Standard Edition as the little brother of the Professional Edition.