Hyperloop is Elon Musk’s (CEO of Tesla and SpaceX) concept for the future of mass transportation. It offers a new means of transporting people and goods quickly, safely, efficiently, and with minimised environmental impact.

The Hyperloop uses electric propulsion to accelerate a passenger or cargo pod through a low-pressure tube. The autonomous pod employs magnetic levitation to eliminate friction. Hyperloop will be faster than an aircraft and, if implemented, would allow one to travel from London to Edinburgh in 35 minutes. Carbon emissions, noise, delays, journey time, weather concerns and pilot error are ultimately eliminated.

HYPED is the University of Edinburgh student society dedicated to accelerating the development of Hyperloop technology and implementing Hyperloop in the UK. We have over 100 members in the team working on various aspects of the project including the technical design of the prototype, manufacturing, economic feasibility, stakeholder engagement and publicity.

SpaceX is holding a competition in which students will design and race pods along a mile-long Hyperloop tube. Having advanced through different technical rounds, we are now officially invited to the final round which will take place in late July 2018 in Hawthorne, California (SpaceX Headquarters). Our HYPED-team will join the top 20 teams from around the globe and is now on track to present a prototype and compete with other universities to showcase our technical excellence and advance the development of this innovative technology.

An initial challenge faced by the team while designing the software was the embedded system’s inherent difficulty of describing its complex processing behaviour, especially of critical failures in the system. A potential implementation should

Ultimately, the team decided to use the finite state machine model to precisely capture the system’s behaviour. This solution was chosen because the use of such a state machine greatly simplifies the central coordination of the pod’s complex system of sensors and actuators. We can also prevent spaghetti code with convoluted conditional logic where each branching point requires a complex expression and transitioning to states requires modifying many variables, which can easily lead to inconsistencies and unwanted side effects. Another advantage is the flexibility and modularity, i.e. new states can be added or deleted over time so that the state machine scales seamlessly with the increasing complexity of the pod systems without affecting the overall functionality of the system.

YAKINDU Statechart Tools helped us a lot design and implement our state machine to meet all those requirements. The integrated modelling environment allowed us to easily discuss and  collaborate on the model. The automated code generation enabled us to iterate in a hassle-free way and the integrated simulation environment to check our dynamic semantics with breakpoints and conditional expressions.

Using YAKINDU Statechart Tools saved us a of time and work during this intense phase of competition and will have hopefully give us an edge against the other teams this summer. 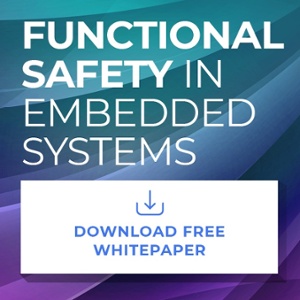