We also changed the licence management for this release. After 30 days of trial you need a valid licence file for non-commercial use now. YAKINDU Statechart Tools (now itemis CREATE) still is and always be free of charge for non-commercial and academic use. You can apply for a non commercial licence on our websites. 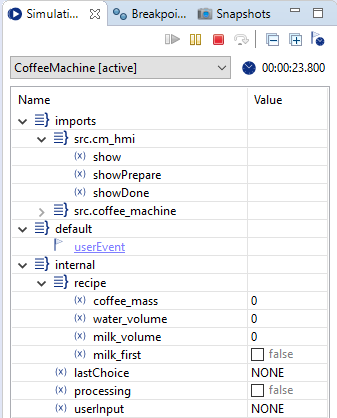 Built-in variables for the generator model

With the October release 3.1.0 we introduced properties and expressions for the generator model. We extended this feature in the current version with a set of meaningful built-in properties that can be used within expressions:


These properties can be used within generator model expressions, for example, to add timestamp, and version to the licence header in the generated code.

This feature produces the following output:

This release contains the first version of the deep C++ integration feature. It is now possible to import C++ headers and use C++-specific language concepts directly from within a statechart model. Detailed documentation and examples will follow soon.