We released YAKINDU Statechart Tools (now itemis CREATE) Standard and Professional Edition version 3.3.0 today!  In the last three months, our team closed 126 issues in total. Here are the new and noteworthy changes in the new version:

The statechart image generator renders a statechart and all its subdiagrams, if any, as image files. The generator supports several pixel-based and vector-based image formats. It is configured via a generator model, just like all the other YAKINDU generators:

Each time the underlying CoffeeMachine statechart is changed, this will create SVG images of the statechart in the folder “images” in project “coffeemachine”.

The C Domain now offers a further annotation: @ShortCIdentifiers helps you to keep the generated code compliant to rules which require C identifiers not to be longer than 31 characters. To achieve this, instead of shortening names which are part of a statechart’s API, YAKINDU Statechart Tools (now itemis CREATE) gives feedback about the names that will be generated and warns if any user input results in C Code that is non-compliant with the 31 character rule. This puts the user in charge of the naming scheme and keeps the resulting C identifiers predictable. 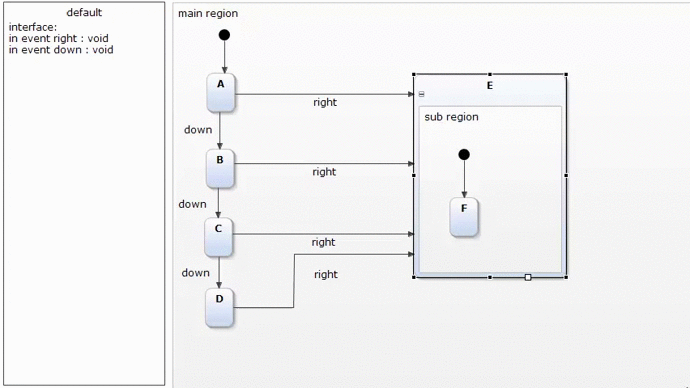