We are proud to announce the new YAKINDU Statechart Tools Standard Edition. With version number 3.0 it is a major release with a bunch of great new features and a huge step for the whole YAKINDU Team! 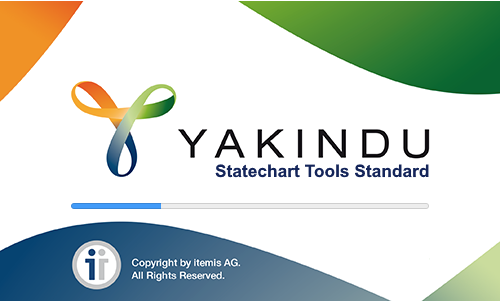 In the last years, YAKINDU Statechart Tools has become more and more popular. This is shown by an ever increasing number of users who use the tool for both commercial and noncommercial purposes, e.g. in academic research. This goes hand in hand with increasing demand for new features and professional support.

In addition to this continuous growth, we also want to ensure sustainable support for the future. So the Standard Edition complements the Professional Edition and we believe that both editions better address our users demand for statechart modeling and development solutions. Both editions are intended for commercial use. For academic and noncommercial use free licences are available.

The Standard Edition comes with

and of course a set of bug fixes.

With this release, we introduce a beta version of our testing framework SCTUnit. SCTUnit allows test-driven development of YAKINDU Statechart Models. These tests can be executed directly within your IDE to check if the model behaves as expected. It also generates unit tests for Java, C and C++.

Features that can be used in SCTUnit are:

Users now specify the concrete variant of execution semantics in

the statechart itself. In previous versions you specified cycle based or event driven semantics using run configurations. Now this is specified using so called annotations. Annotations are also used to specify if the execution order in a hierarchical statechart chart should be parents-first or child-first.

Although we changed a lot under the hood, the new major version is still backward compatible to all older YAKINDU versions.

Since version 3.0.0 is a new major release we will not deploy this version via the automatic update service. To use the new version, you can download the 3.0.0 product bundle or install it from the update site. You can download the current version of YAKINDU Statechart Tools from our download page where you also find the links to our update sites:

The new release of the Standard Edition’s big brother is also available.